Each year I try to summarize what I read, in hopes of improving and enjoying my reading more. Last year, I lamented reading too much fluff, and promised to read “better” this year, whatever that means. I religiously track what I read (e.g. here, and here), so I usually have a pretty good view of what I read.

This year I launched a social reading app called Bookship. As a result, my reading was far more social than normal this year — in fact, I’ve never really read socially before, including not ever having been in a book club! This year, in a group of some form, I read In the Mountains of Madness by H.P. Lovecraft, Dune by Frank Herbert, Evicted: Poverty & Profit in the American City, The Three Musketeers, Wind, Sand & Stars, The Queen’s Agent, The Inner Game of Tennis, and the summit of my reading this year, Thucydides. I also tried to read books that were related to each other, for example (Thucydides + Tides of War + Goat Song), (The Queen’s Agent + The Intelligencer + Ars Historica), and read The Spy Who Came In From The Cold in hopes of pairing with Le Carré’s new A Legacy of Spies, which I haven’t gotten to yet, but Santa may be good to me and I may get to it before the end of the year.

Here’s what stands out to me.

Ancient Greece & Rome is a constant area of interest for me. The big effort this year was Thucydides History of the Peloponnesian War, in the Landmark edition (please don’t read any other edition! this one is so good). My friends and I budgeted 8 months, one per book (chapter), and we ended up finishing in 7, ahead of schedule. I’ll report separately my thoughts on the book and the reading, but one values things one worked hard for and that was hard work indeed. In tandem with that I read one of my all time favorites, Tides of War by Steven Pressfield, as well as parts of Goat Song by Frank Yerby and The Peloponnesian War by Donald Kagan. I read Marcus Aurelius’ Meditations, via a small app I built that delivered a daily dose from the book every morning, which had an amazingly positive impact on my mental state. Along the way I read Conn Iggulden’s Emperor, a Julius Caesar novel, and was an early reviewer for Bright Air Black, David Vann’s novel recounting the myth of Medea.

In light of trying to read “better” this year, I read a number of books that were either edifying or books I wouldn’t normally read, towards “self improvement” or inspiration if you will. In that category I’d again include the Marcus Aurelius Meditations, which really gave me a center during a tumultuous year in which my mother died and the world at large became “cacophonous”. Reading Evicted with my daughter gave me a lot of insight into poverty and homelessness in America, due in equal parts to an eviction system that works against the homeless and poor, and to their own bad decisions. It’s an often heart-wrenching book. Based purely on the metric of the number of highlights per page, Wind, Sand and Stars, the memoirs of Antoine de Saint-Exupery, might be one of the best books I’ve ever read, made doubly enjoyable by the fact that I read it together with a dear friend I don’t see often enough. Burning the Days, the memoirs of the writer James Salter, was utterly fascinating, and gave me another view into a life I’ll never live (my review here).

In what I might call the “Literary Entertainment” genre, I read The Girl from Everywhere by Heidi Heilig, a really fun time-travelling map-drawing Hawaiian-history-teaching adventure story. I read L.S. Hilton’s Maestra, to see what all the fuss was about. It is, as advertised, equal parts Fifty Shades of Gray, an Art & Fashion textbook, and a modern day thriller. The textbook definition of a good beach book. Lastly I got to book two of Peter May’s stunning mystery Lewis trilogy, The Lewis Man. Great great book.

I played a lot of tennis this year, and I very much enjoyed reading The Inner Game of Tennis with a dear friend. It’s about tennis, but it’s really about tennis AND life. Great book and it was worth re-reading it.

I had a few disappointments in reading. I eagerly looked forward to being an early reviewer for Philip Caputo’s new book Some Rise by Sin. While it was a good book, it was nowhere near as stunning as his Crossers, for example. I read Ann Leckie’s Ancillary Justice, again to see what all the fuss was about, but found it rather tame, run-of-the-mill Sci-Fi novel and I didn’t get what all the fuss was about, including its Hugo and Nebula awards…

In the guilty pleasures department, I did squeeze in a few —three of Lee Child’s Jack Reacher novels (Night School, The Enemy and Bad Luck and Trouble), compared to last year’s seven, so that’s one commitment I kept for myself. Palace of Treason was the second in Jason Matthews spy thriller series, it was ok but not amazing. 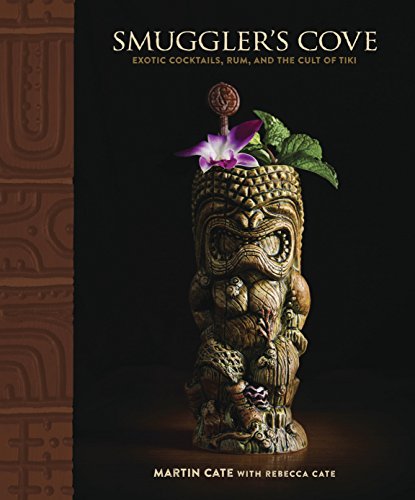 I’ve also developed a strong interest in cocktails (imagine that), especially of the Tiki variety, and read (no I really read them cover to cover) four cocktail books: the Smuggler’s Cove tiki cocktail/history book by Martin Cate, Beachbum Berry’s Potions of the Caribbean by Jeff Berry, the old-school classic The Savoy Cocktail Book by Harry Craddock and the new-school classic Alchemy in a Glass by Greg Seider.